The Church supports the use of scientific-based methods of self-observation of the signs and symptoms of fertility known as Natural Family Planning (NFP), as morally acceptable in keeping with the dignity of man and woman, respecting the natural, healthy functioning of the female body, and demanding mutual affection and consideration [Catechism of the Catholic Church #2370-2372, 2399]. NFP respects a woman’s body, the marital act, and God’s plan for marriage, all while helping a couple justly and responsibly plan their family.
“NFP grew our relationship with each other and with God in ways we never expected…I also learned how grateful my wife was that I was willing to learn how her body worked. Sharing the family planning responsibility, as well as finding non-sexual ways of expressing affection and intimacy when we had good reasons to postpone pregnancy, strengthened our marriage and made me a better husband and father.”

“The moral law obliges … [husband and wife] in every case to … respect the biological laws inscribed in their person. It is precisely this respect which makes legitimate, at the service of responsible procreation, the use of natural methods of regulating fertility.”

“Supported by science, experience has confirmed the educational value of Natural Family Planning in contributing to an integrated vision of sexuality, marriage and responsible procreation.”

Pope St. John Paul II, Address to Participants in a Course Sponsored by the Centre for Studies and Research on the Natural Regulation of Fertility, 1993

“Periodic continence, that is, the methods of birth regulation based on self-observation and the use of infertile periods, is in conformity with the objective criteria of morality. These methods respect the bodies of the spouses, encourage tenderness between them, and favor the education of an authentic freedom”

Catechism of the Catholic Church, 2370

The Centrality of Marriage in God’s Plan

“Sacred Scripture begins with the creation of man and woman in the image and likeness of God and concludes with a vision of the ‘wedding feast of the Lamb.’ Scripture speaks throughout of marriage and its ‘mystery,’ its institution and the meaning God has given it, its origin and its end, …the difficulties arising from sin, and its renewal ‘in the Lord.’”[7] Throughout the Old Testament, God’s love for his people is described as the love of a husband for his bride. In the New Testament, Christ embodies this love. He comes as the Heavenly Bridegroom to unite himself indissolubly to his Bride, the Church.

Marriage, then, is not a peripheral issue in the Christian life. It finds itself right at the heart of the Christian mystery and, by means of its grand analogy, serves to illuminate it. 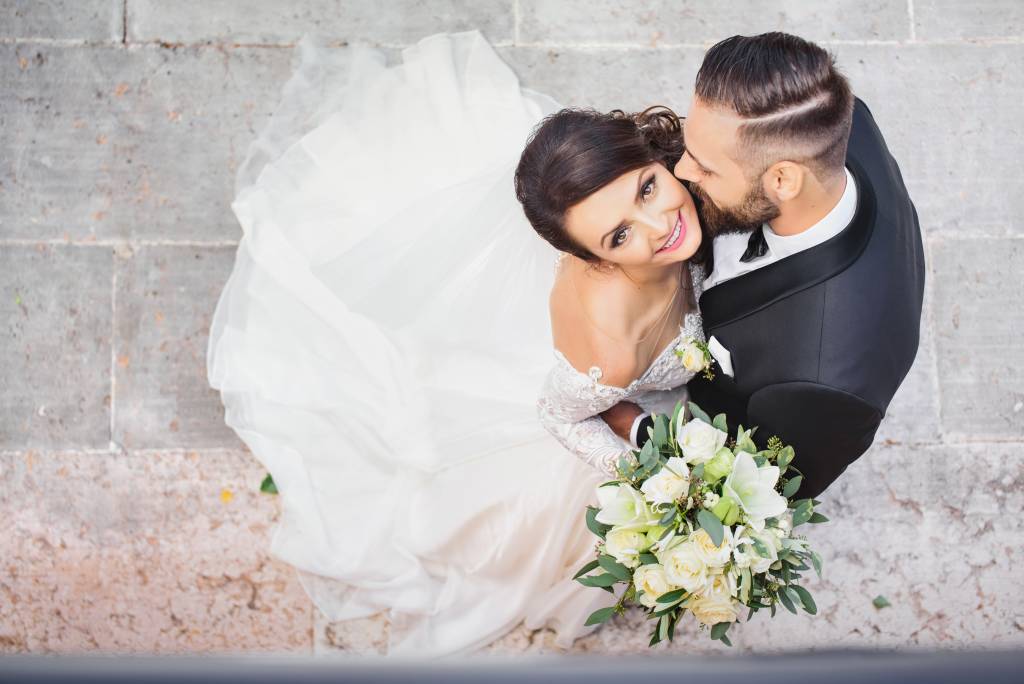 Marital Love and the Sexual Union 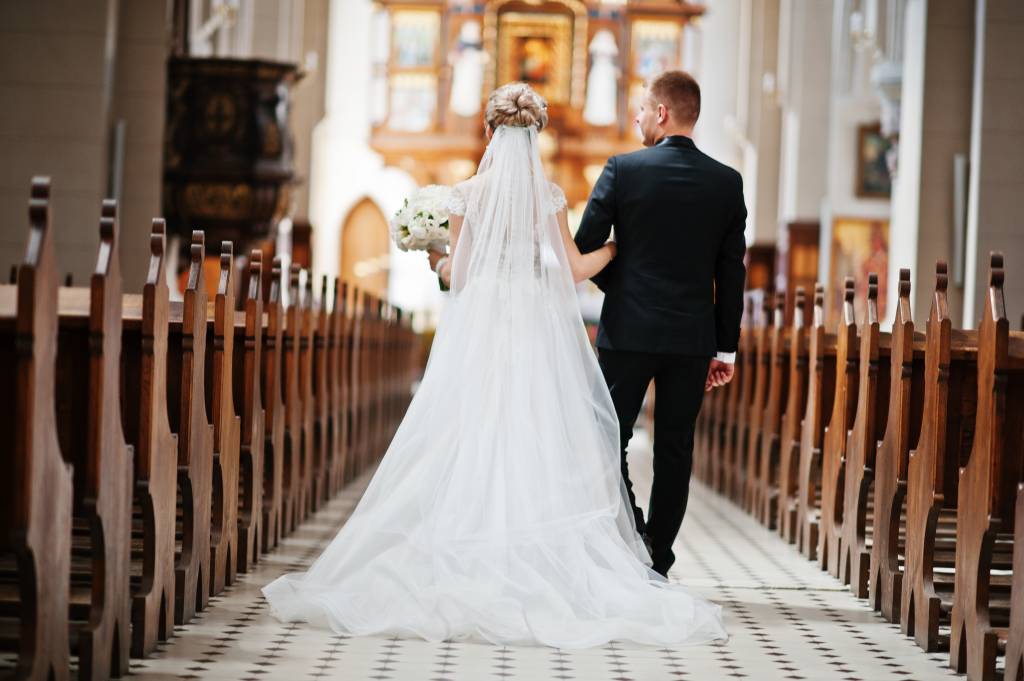 (Bonding and Babies)
The marital act is both unitive and procreative, and those two aspects must never be separated from one another. When they are, it violates the meaning of that act as it was designed by God, our Creator. One might argue that the sexual act is solely for the purpose of procreation (leaving out the unitive aspect), or that it is only about bonding between the spouses (leaving out the procreative aspect). Both would be false–the act is designed to be both unitive and procreative.

The conjugal union of husband and wife is sacred and achieves the twofold end of marriage: the good of the spouses themselves and the transmission of life. The unitive and creative aspects of the act are inseparable and are both inherent to the marriage act [CCC #2366].

These criteria are to be followed in every area of a marriage – in the physical, emotional, spiritual, and sexual realms.

The practice of NFP enables couples to live out their marriage vows with integrity – their promises of fidelity, permanence and openness to life.

Marital intimacy is an embrace that completely gives and receives the beloved. It is an act that is to reflect the outpouring of God’s love. It also calls a spouse to offer him/herself to the other as a complete self-gift, body and soul. 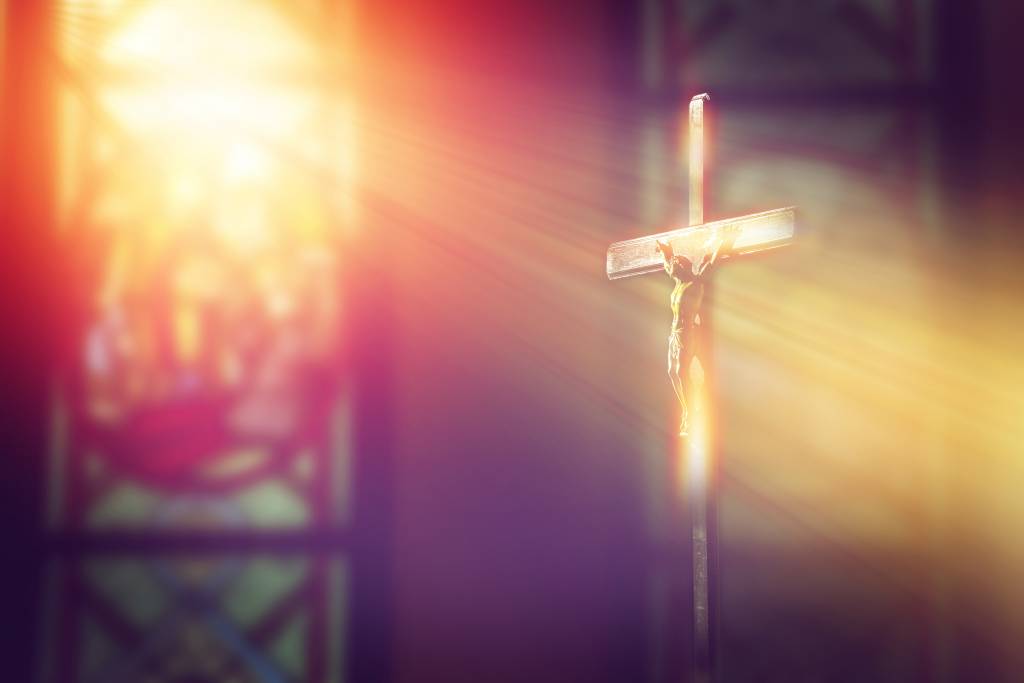 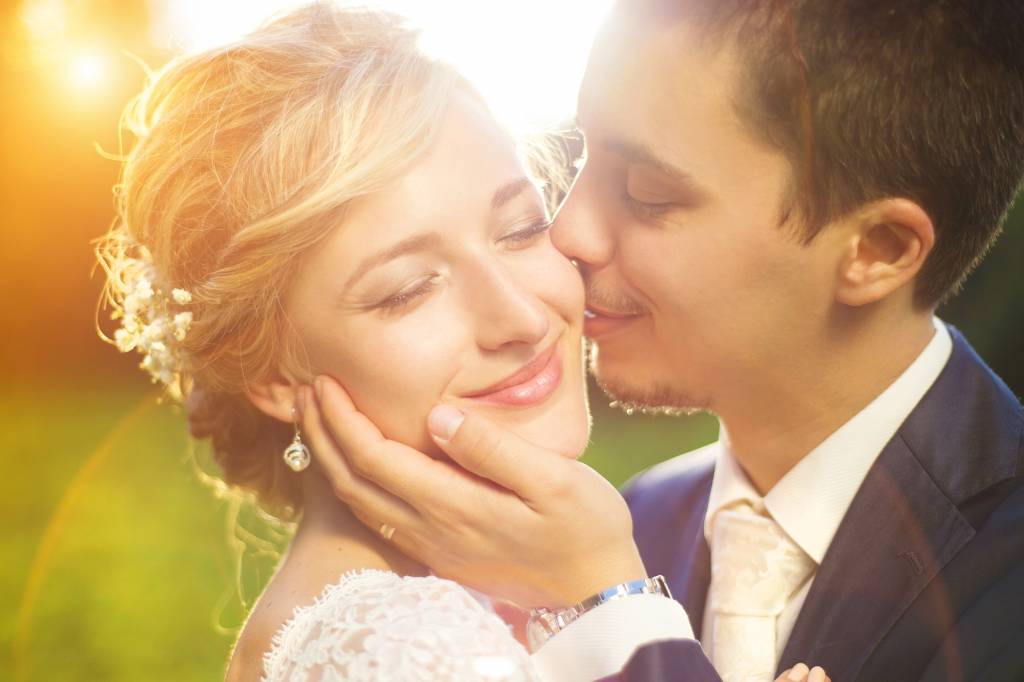 “Authentic love…needs to be able to receive the other, to accept one’s own vulnerability and needs and to welcome with sincere and joyful gratitude the physical expressions of love found in a caress, an embrace, a kiss, and sexual union.”

Reflected in the Sexual Union

The sexual act (sexual intercourse), which is the physical representation of married love, and the fulfillment (or consummation) of the marriage vows, is designed to be free, total, faithful, and fruitful. The Catholic Church teaches that if any one of these criteria is missing, then the act is not in line with its God-given design (Catechism of the Catholic Church Part 2, Article 7, paragraph 1625-1654, Humanae Vitae 9).

St. Pope John Paul II refers to this idea in his Theology of the Body writings as well:

“As ministers of a sacrament that is constituted through consent and perfected by conjugal union, man and woman are called to express the mysterious ‘language’ of their bodies in all the truth that properly belongs to it…. According to the criterion of this truth, which must be expressed in the ‘language of the body,’ the conjugal act ‘means’ not only love, but also potential fruitfulness, and thus it cannot be deprived of its full and adequate meaning by means of artificial interventions.” -St. Pope John Paul II, Theology of the Body 123: 4;6

With the possibility of the marital embrace resulting in a pregnancy, the couple gets to participate in the creative power of God, which is sacred. Sex is meant to be a holy act that lifts married couples up to a new level of heavenly bliss, as well as puts them as close to God Himself as they can be while here on earth.

Family planning is a privilege and responsibility of the married couple. The couple must consider their responsibility to God, marriage, other children, family members, and society. The motive and means for postponing children must be based on selfless intentions.

Contrary to both the ideas that children are a burden to be avoided and that couples should have as many children as possible, the Church calls parents to exercise responsible parenthood.

A Christian married couple has as many children as God gives them and as they can take responsibility for, given the health of each family member and their social and economic situation.

Responsible parenthood is based on the notion that couples, in cooperation with God’s plan for life and love, bring as many children into the world as they can raise and nurture to maturity and independence. The Church affirms the couple’s right, within the context of Natural Family Planning (NFP), to determine by themselves the number of their children and the distance between births.

“With regard to physical, economic, psychological and social conditions, responsible parenthood is exercised by those who prudently and generously decide to have more children, and by those who, for serious reasons…decide not to have additional children for either a certain or an indefinite period of time.” 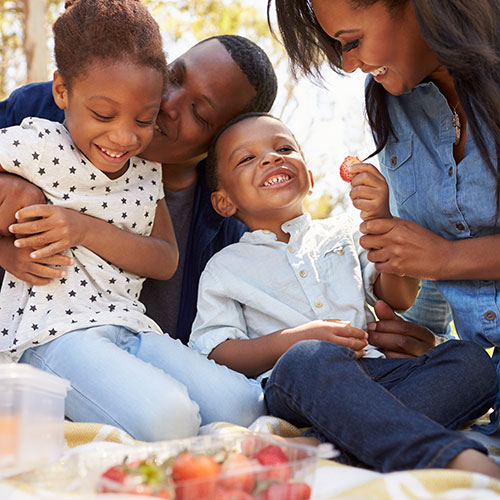 “Without knowing it, using contraception promotes the idea that children are a burden. Children do require lots of work, and pregnancy demands its own set of sacrifices, but NFP has helped me meet these challenges by leading me to the realization that children are God’s blessings. I am constantly forced to pray, change, make concessions and find solutions to the selfishness and laziness that come up often when meeting the needs of others.”

The sexual relationship between a man and a woman was designed with purpose and meaning. In the intimacy of sexual relations, a couple shares in the mutual gift of fertility. The language of their bodies speaks to their relationship. It expresses their love and commitment to each other.

It confirms the sacrifice they are willing to make on behalf of their beloved. In the sexual embrace, the true meaning of love is meant to be communicated – that the full union of man and woman makes them one, and as they become one with each other, they cannot help but want more of the other in the world. So comes the natural openness to new life spouses can create together.

When it comes to suppressing fertility through contraception and sterilization, the language of the body then denies the true meaning of love. It holds something back from the other and denies the experience of the fullness of the marital embrace.

“Contraception is gravely opposed to marital chastity, it is contrary to the good of the transmission of life (the procreative aspect of matrimony), and to the reciprocal self-giving of the spouses (the unitive aspect of matrimony); it harms true love and denies the sovereign role of God in the transmission of human life” (Vademecum for Confessors 2:4, Feb. 12, 1997).

Coitus interruptus, or the interruption of intercourse, whether through physical barriers, hormonal manipulations, or withdrawal before completion, violates the once sacred sexual act. For it to be free, total, faithful, and fruitful, sex must end with aims of full completion – with the seed of the man deposited inside of the woman. As the man gives of himself, so the woman receives, and thus, their rich gift of body and soul to the other makes sense. 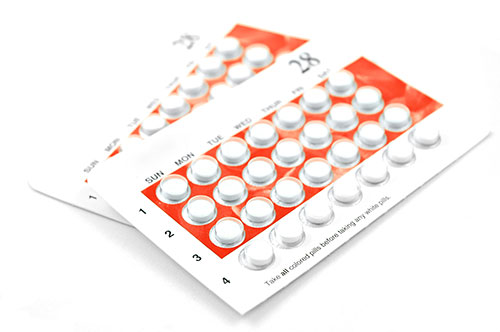 “As husband and wife one way we love like God is through our sexuality. If NFP is studied in this context, our appreciation of each other as man and woman increases because the uniqueness and dignity that God has imprinted in our bodies is revealed. It was at this point that Michael realized NFP was not moral birth control; rather, it is a complete way of life honoring one’s spouse’s sexuality and fertility. It is loving naturally – the way God designed it.”

Read the full testomonial from Michael and Alysha here 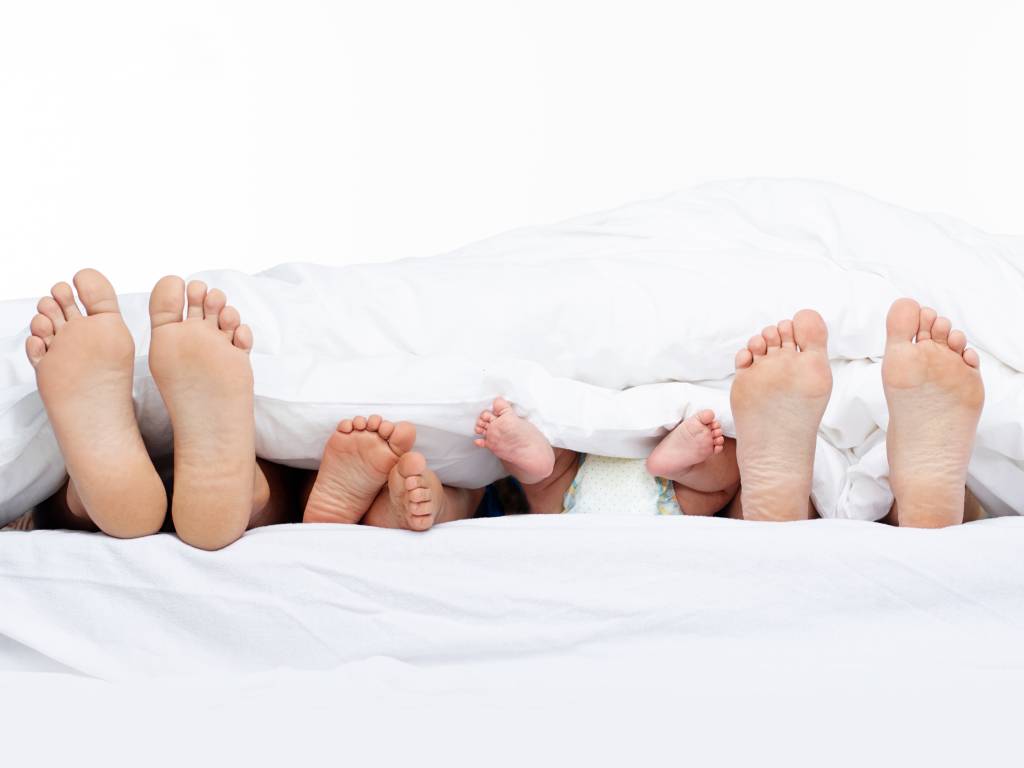 But it is equally true that it is exclusively in the former case that husband and wife are ready to abstain from intercourse during the fertile period as often as for reasonable motives the birth of another child is not desirable. And when the infertile period recurs, they use their married intimacy to express their mutual love and safeguard their fidelity toward one another. In doing this they certainly give proof of a true and authentic love.

The Church teaches that couples are free to prayerfully discern whether or not they are ready for a pregnancy at any given time, and to take certain things into account when making that decision. There must be JUST reasons for avoiding pregnancy, which could be emotional, physical, psychological, or financial. If a couple determines that they have a just reason to avoid a pregnancy, they can use NFP to help them to do this by only engaging in the sexual act when they know the woman is infertile.

Neither the Church nor her doctrine is inconsistent when she considers it lawful for married people to take advantage of the infertile period but condemns as always unlawful the use of means which directly prevent conception, even when the reasons given for the later practice may appear to be upright and serious. In reality, these two cases are completely different.

“The parents themselves and no one else should ultimately make this judgment in the sight of God.’” -Pope Saint John Paul II, Theology of the Body 121:2 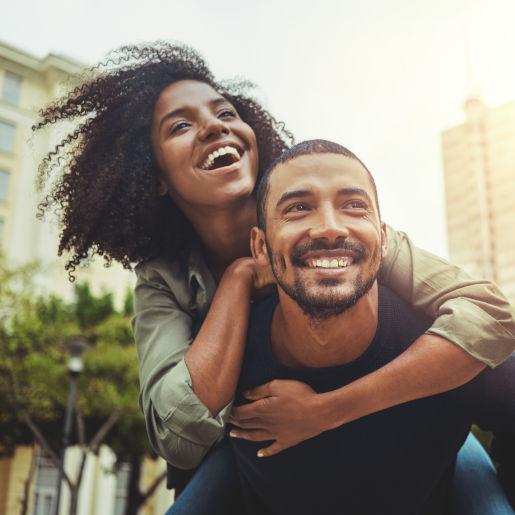 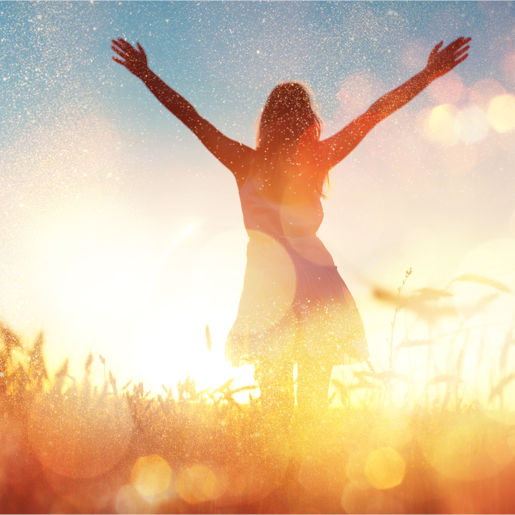 Theology of the Body 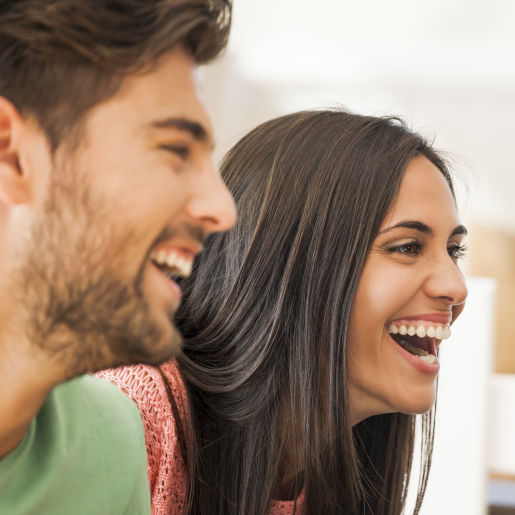